I have the data - now to add the information.

My ancestor search (for my own ancestors) is slowly coming to a halt approaching a big brick wall.  Well, actually it’s not brick but I’m not sure I have what it takes to penetrate it.

Polish Roman Catholic church records before the 18th century – and in some cases into the 18th century are paragraphs of handwritten text in Latin. Later records generally have the data entered into labeled columns in the record books like this:

Language isn’t the problem with the early records, the problem is mostly the handwriting. Add to that the fact that many of the pages are faded or damaged by time. Ancient European handwriting is my (not exactly) brick wall.  Here’s a sample of one of more legible record books. 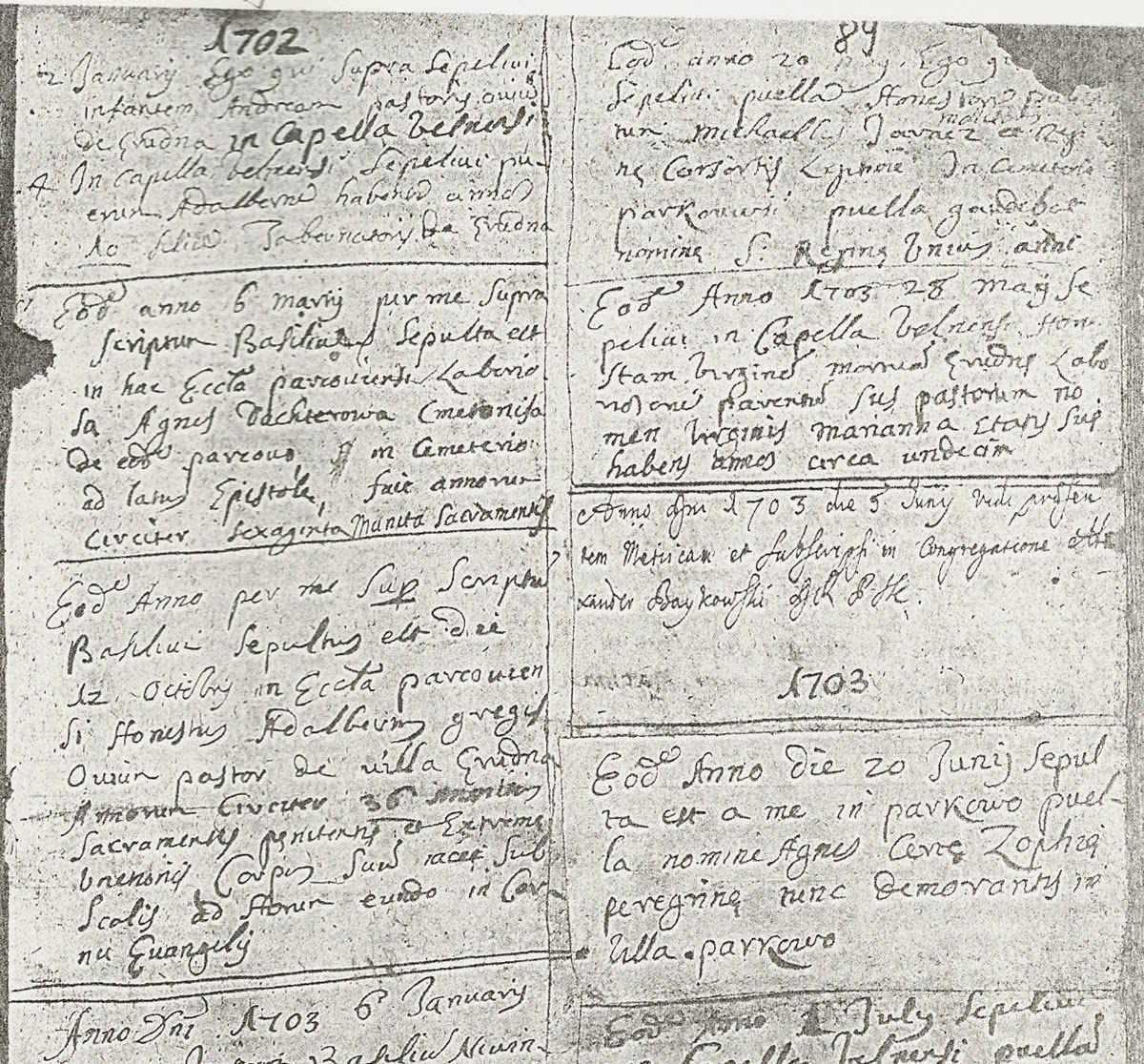 While it would be nice to know the names of my 3rd 4th and 5th great grandparents, I’m not sure that it is worth the effort to try to decipher these earliest records.

My goal has been to understand my family history. I believe that I now know enough about that history to be able to add context to the names and dates.  My ancestors were peasants in a part of the world where civil records were not kept until 1874. They were farmers and laborers who were pretty much invisible in their times except to one another.

I can extrapolate from the known names and dates to guess when earlier generations lived. So even if I don’t know their names, history tells me much about their circumstances.  Were their leaders tyrants or magnanimous? What wars were going on?  Were there famines or floods?  I can go far back in time even without being able to name individuals.

I won’t stop searching. Don’t get me wrong. But I’m at the point of getting diminishing returns from poring over the available records.

New projects for my ancestors will involve trying to depict my ancestors and their lives in words and images and share those with my extended family.  That’s a daunting challenge.  Maybe it would be easier just trying to decode the ancient scribbles.

Posted by Mary Foxworthy at 2:57 PM