The Tribes of Europe (Some of them, at least)

In modern times, we are familiar with the sovereign nations of Europe. But it was not always so.  I have begun reading The Emergence of Western Society subtitled European and English History 300 – 1200 by Colin Davies. 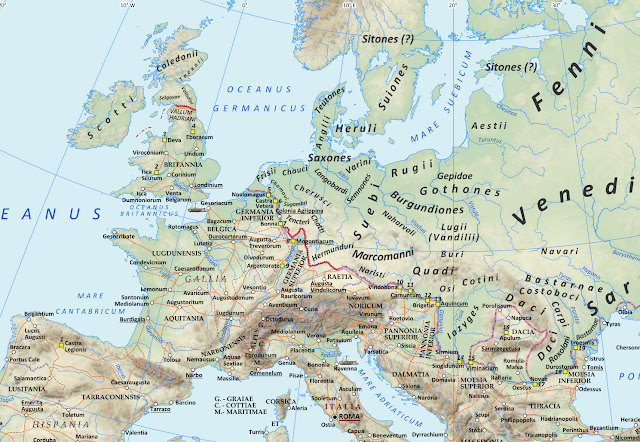 The first chapter begins even earlier with a Roman Emperor whose name was new to me:  Alexander Servius who was executed by the Roman army in 235. In this chapter he lists various tribes who were threats to the empire’s borders; and he mentions others as well. The second chapter introduced me to even more.  Some of the names were familiar from other historical accounts but a number were new to me. Maybe serious history buffs would know about these ancient peoples.  Wikipedia to the rescue. Here are some links to both the familiar and the unfamiliar.

My head is spinning.