I Will Graft this Shrub to My Tree!

In my previous post I wondered whether the Ganas family that settled in Milwaukee is related to my Ganas ancestors.  I described using BaSIA to get to archives in Poland.

My 3rd Great Grandfather, Johann Ganas lived in the village of Czerlejno, Poland which was a small village that supported a Noble’s large estate and farm. Adalbert, Johann’s oldest child was my 2nd Great Grandfather.  He had a brother, Mathias.  I have the sacramental records for the baptisms of Adalbert and his siblings.  Mathias was born on 18 February 1820, and baptized on 20 February 1820 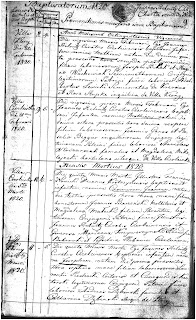 Other records from The Poznan Project show Mathias married twice in the town of Swarzedz. Swarzedz is a larger city (current population about 30,000) just about 6 miles from Czerlejno. In fact, all of Johann’s sons left Czerlejno for larger towns.

BaSIA showed that there was a record of Mathias’ death in 1883 in the archives in Poznan.  I was able to download that record which showed his age as 64 which will put his birth in 1919.

The clincher was that this record showed that he was born in the tiny village of Czerlejno!  BINGO! 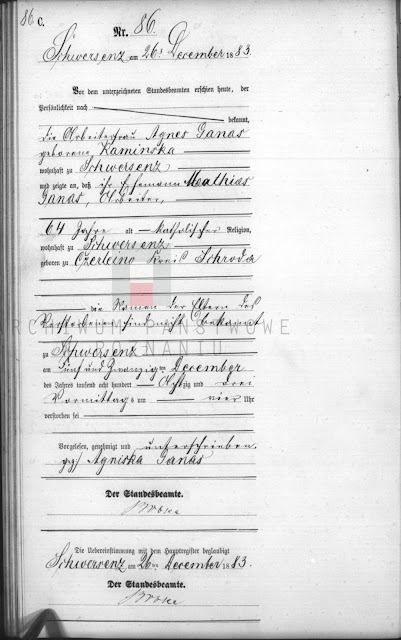 I am not a genealogy purist so I won’t be writing to Poland for certified copies of these documents. I accept them as correct until/unless I find contradicting evidence. I’m just happy to find more of my extended family.