A to Z Challenge – U is for Upper Levee

The Upper Levee in St. Paul, Minnesota is where countless immigrants made their first home in the United States. Literally on the banks of the Mississippi river with mud and annual floods, this was certainly not the “streets paved with gold” vision of America. Italian immigrants made up the largest ethnic group on the levee, but there were also large numbers from Poland, Bohemia, and Scandinavia. 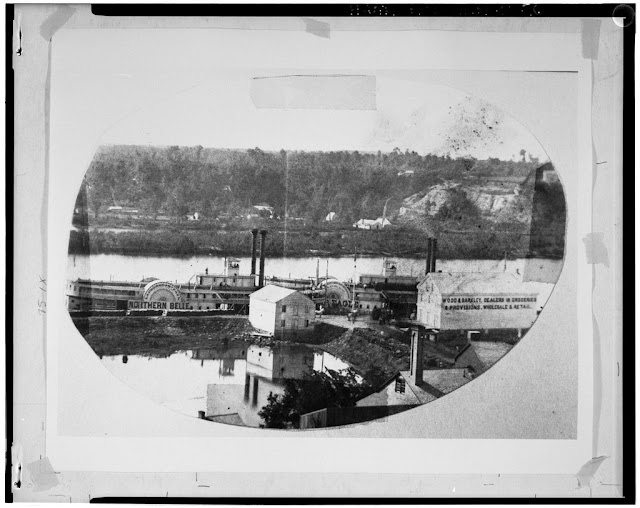 The ship landings here were the northernmost ports on the Mississippi. Between the railroads and the river, St. Paul was the transportation hub of the upper Midwest.

My great grandparents, Michael and Elizabeth Schipp (Sip) made their first US home on the levee. Most of their grandchildren were born here including my mother and her siblings (children of Ignatz Ganas and Stella Schipp Ganas)  shown in the photo below. 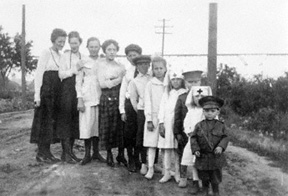 In this 1917 snapshot, they’re arranged by height rather than age. Fourth from the left is actually the oldest.  WW I was still going on and you see the 2 youngest girls, Julia and Emily (my mother) dressed as nurses and the two youngest boys, Chester and Frank dressed as doughboys.  Visible as a horizontal line in the upper background is the High Bridge that spanned the river connecting the bluffs on either side.  Gives perspective on the levee relative to the rest of the city.

Posted by Mary Foxworthy at 8:21 PM

Email ThisBlogThis!Share to TwitterShare to FacebookShare to Pinterest
Labels: A to Z, Ganas, Schipp, St. P:aul